The Story I Promised

I promised to talk about the carnage on the property next to our resort. Actually, that property has been used by our timeshare company for many, many years. Mexican law says that non-Mexican companies and individuals cannot own the ground within 50 meters of the water, so the company was leasing the properties from a bank. A holding company was handling this but went bankrupt, and they were absorbed by another company. That company decided that all that beachfront property we had needed a resort built on it too, so a year ago they came in with guns, seized the north half of the property and fenced it off. Keep in mind all these companies are American companies. So much for being a good American!

A year later, it's still in court but the situation looks hopeful. The second company isn't in any better financial shape than the first one, and will probably want to get rid of the lawsuit just to liquidate some debt.

In the meantime, the management has adapted the property and made it very functional and just as beautiful. With all the timeshare scam artists out there, it's a shame that a legitimate one has to be treated so badly. 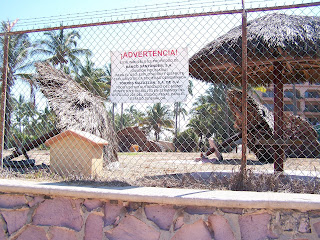 This sign just says that the property is being leased from a bank. It looks scary, though! 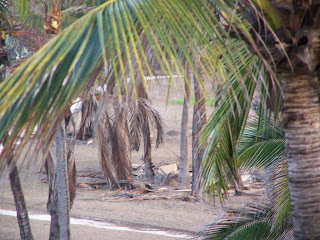 It'll take a lot of work to get this back in shape! 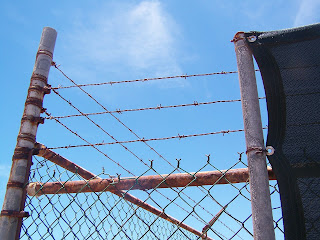 Barbed wire all around! 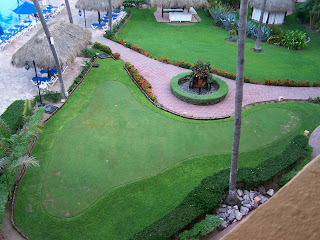 They moved the putting green onto the main property.